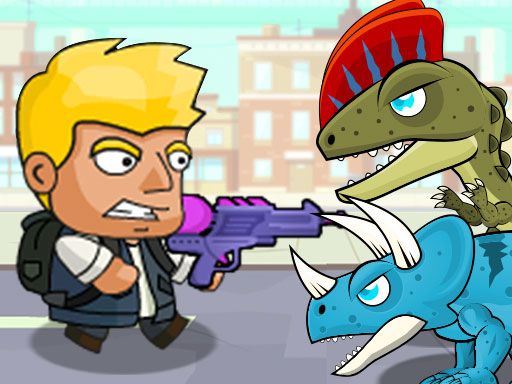 DinoZ City, the second game in the series, continues the DinoZ journey. Dinosaurs have taken control of the city and are holding captives. This time, you'll have to save both the scientists and the cops. In this upgraded edition, you may also use armored vehicles to defeat the dinosaurs. To save the captives, you can play single player game or "2 Player" mode with a companion.

Adam and Eve: Adam the Ghost
12345→⇥
Dinosaurs and Aliens