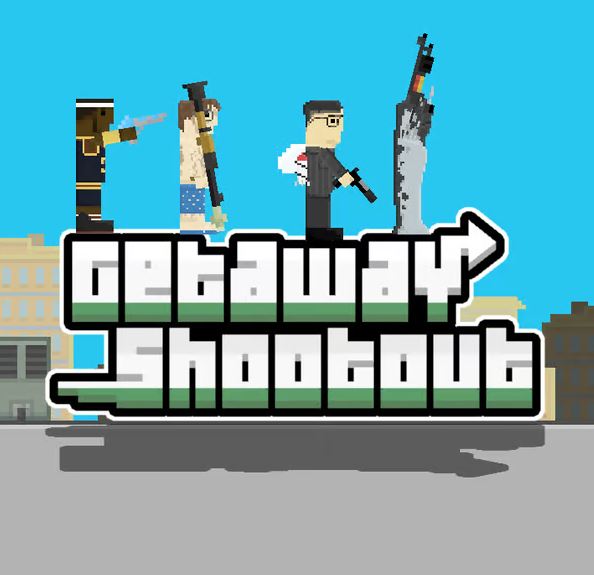 Welcome to Getaway Shootout! The race to the finish line, where players compete against one another. There are also one-player and two-player options. You can host and play games with a friend instead of competing against the computer. It's time to cross the finish line!

Find a reliable weapon, grab it, and go hunt down your enemy. You can also camp out in a strategic location, waiting for the enemy to come to you while you ready your weapons. Keep in mind that you may find a weapon anywhere. As a general rule, all moving objects, including medical supplies, are placed at random.